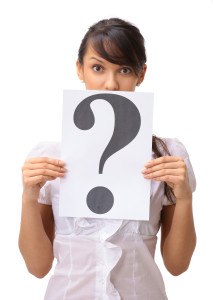 If you’re deciding whether to take the Uniform Bar Exam (UBE) or the California Bar Exam, then you’ve come to the right place.

First, do you have to live and work in California? If so, there’s no need to read any further: you need to take the California Bar Exam. Passing the exam is the only way to become licensed in California.

On the other hand, if you’re more open to where you settle down, then you should also consider taking the UBE. The UBE makes it extremely easy to transfer your score to different states around the country.

But there are also important substantive differences between the two exams:

What’s on the UBE?

What’s on the California Bar Exam?

The California Bar Exam is a three-day exam consisting of the MBE (i.e. the same two hundred multiple choice questions that are on the UBE), six one-hour essays, and two three-hour performance tests. Note: this is all subject to change starting with the July 2017 exam.

What’s the Difference Between the UBE and the California Bar Exam?

There are two essential differences between the two exams:

Second, the UBE prioritizes breadth of knowledge over depth of knowledge, while California places relatively greater emphasis on in depth legal analysis. The UBE’s subject essays are only thirty minutes long, half the time allotted to each California subject essay. California subject essays tend to ask for the general rules, the exceptions, and the exceptions to the exceptions, but the UBE doesn’t have time to ask for much more than the basic rules. Students who are more big picture-oriented may prefer the UBE since they will be able to quickly apply the basic rules, while more detail-oriented students may prefer the California Bar Exam, which provides more time to argue the facts and apply the nuances of the law.

As lawyers and law students, we are living in an increasingly digitized world. From law school to the bar exam to practice, many tasks that were … END_OF_DOCUMENT_TOKEN_TO_BE_REPLACED

Welcome back to the Bar Exam Toolbox podcast! Today, we're revisiting the best memorization techniques for long-term retention of material. There are … END_OF_DOCUMENT_TOKEN_TO_BE_REPLACED

As 2020 closed and perhaps the most bizarre and uncertain bar exam season comes to an end, we are now faced with the reality of bar exam … END_OF_DOCUMENT_TOKEN_TO_BE_REPLACED

Welcome back to the Bar Exam Toolbox podcast! In this week's episode, as part of our "Listen and Learn" series, we're talking about an important area … END_OF_DOCUMENT_TOKEN_TO_BE_REPLACED

Welcome back to the Bar Exam Toolbox podcast! Results from the latest California bar exam have just come out, and there's not a lot of time to prepare … END_OF_DOCUMENT_TOKEN_TO_BE_REPLACED